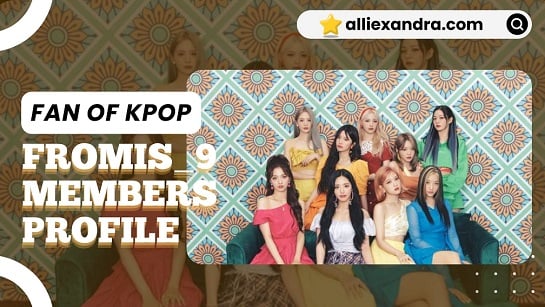 Fromis_9 was formed through the audition program “Idol School” which was broadcasted in 2017. The group debuted on January 24, 2018!

Let’s take a look at the members’

profile of Fromis_9, who is scheduled to debut in Japan and is likely to gain more attention in the future!

What is an Idol School?

The idol school was a survival audition program broadcast on Mnet, and out of 41 participants, 9 members ranked 1st to 9th were selected to form Fromis_9.

Girls who want to be idols become students at an idol school, complete the entire curriculum for 11 weeks, and aim to pass the graduation exam. The best student who passed the graduation exam will be selected as the debut member of the girl group. How exciting it could be, right?

A school teacher appears because of the school setting. Super Junior’s Heechul, who has changed his homeroom teacher to host, and actor Lee Seung Jae, who is the principal, are appearing.

The origin of the group name Fromis_9 is that Fromis stands for “from idol school” and has nine members, so “9” was added at the end.

In other words, “Fromis” means “promise” to become the best girl group!

fromis_9’s fan club name is “flover” which is pronounced as “Prober”.

It is a coined word that combines the initial letter “f” of Fromis_9 and the song “Clover” which conveys gratitude to fans, and has the meaning of “a promise to spend happy moments together between fromis_9 and fans”.

Unlike other groups, Fromis_9 is called by the position name “Captain” instead of the leader.

Before her debut, she experienced a wide range of entertainment activities such as appearing in dramas and MVs and modeling. She has also been a trainee at dance academies and agencies for about 4 years and 7 months. When she was a trainee, she also had a painful experience that the debut was a blank slate when it was close to her debut.

Being the oldest, she is like an older sister in the group. She is calm, kind, and has a natural personality!

She is a health lover and never misses getting up early.

Hayoung has a baby face. In addition to being the lead vocalist and main dancer of Fromis_9, she is also a gag character because of her many appearances in variety shows. Also, she is a beloved character who is often teased by the members!

She started writing lyrics when she was just 9 years old. By the way, the song she made at that time is about “blanket”. She usually plays the guitar and writes songs, and is also involved in the songwriting of Fromis_9’s album songs!

The group’s noisy members “Hayoung, Jiwon, and Chaeyoung” are called “Byeonzu” by fans. She has a lively personality and likes to talk and have fun!

Before her debut as a Fromis_9 member, she was a former JYP trainee and famous for appearing on the audition program “SIXTEEN” where TWICE was born. She has a strong singing voice and is in charge of Fromis_9’s main vocal!

She is called the mood maker of the group due to her bright personality. In variety shows, there is something interesting about showing off her presence through body movements and the size of her reactions! Her voice is so loud that you can hear her even if she is 50 meters away.

At the dorm, she often does home training, but once, member Chaeyoung heard Jiwon’s abdominal muscles and thought she was a ghost.

Jisun passed the final ranking 1st in “Idol School”. Before her debut, she dropped out of high school and attended an academy to become an idol.

Jisun was called Fromis_9’s mother because she is homely and good at cooking. In addition, she knows a lot of delicious restaurants because she often does research about local gourmet information. It seems that she is also a big eater and has won a game with a gluttonous manager!

Although she has a homely side, she is not good at waking up in the morning, so the alarm goes off every 5 minutes for 1 hour before she wakes up. Also, she seems to have never had a dream since she was little, so she is envious of Saerom who dreams a lot among the members!

From the 4th grade of elementary school to the age of 16, she was a YG Entertainment trainee for about 7 years and 9 months and is known as one of the BLACKPINK candidates, which is known to be the future 2NE1 at that time.

After leaving YG, she spent a long time as a trainee and was about to give up on her debut. There are many types of physical contact and she loves touching and clinging to the members!

She also has a side of her that likes the physical contact, like getting in between the two members and sticking together!

Before her debut, she was a former JYP trainee like Jiwon. She is called the ace of the variety show because she shows a lot of entertainment. She even has the ability to talk and makes the audience laugh with her funny stories!

She likes movies and watches more than 10 movies a month. She especially like watching hero movies such as “Avengers”, action, and horror genres!

Chaeyoung is in the younger group, but she is the tallest in the group and has the strongest hand strength. She once broke an apple in half with her bare hands!

In addition to being a sub-vocalist and lead dancer, Nagyung is in charge of Fromis_9’s visuals and charm! Fans say that she looks like TWICE’s Tzuyu, so much so that she even has the nickname “Korean Tzuyu”.

She is full of charm and is called “the cutest member of Fromis_9” by the members!

Also, she can speak Chinese because she went to study abroad in China when she was in her first year of junior high school!

She loves games so much that when she was a trainee, she shortened the time she would go home from one hour to 40 minutes in order to play as many games as possible. She likes “Overwatch” and reveals that she is a gamer who plays for 8 hours a day!

The youngest member (maknae) of fromis_9 was 15 years old when Jiheon debuted. She has been doing entertainment activities since she was little, and has been active since her childhood, such as modeling for advertisements and appearing in Korean textbooks.

Jiheon dislikes exercising, so she pretends to be sick and is confident that she will be number one. In fact, Jiheon is so bad at exercising that she avoids exercising because she is preparing for exams, is late for school, and has a heavy stomach!

However, when she was in junior high school, she was the class president, and her grades were so good that she was ranked 1st in her class and 2nd in her grade!

Ms. Gyuri passed the exam to become a member of Fromis_9 without any vocal or dance training until she appeared on “Idol School”.

Perhaps because her mother is a music teacher, her singing ability is high and she got high grades in vocal evaluation!

I’d like you to listen to Gyuri’s part on the vocal line of Fromis_9, who is in charge of the lead vocals, but please also take a look at Gyuri’s charming smile during her performance!

She is afraid of ghosts and she’s really not good at handling her fears, but her favorite movie is a horror movie!

It seems that once she was so surprised by a horror movie that she poured popcorn on the person in front of her. Of course, she went to apologize after that, but it seems that her reaction gets bigger when she sees scary things.

Follow fromis_9’s official SNS so that you can always check the latest information Also, please check the personal Instagram from the profile of the member introduced above.

They made their pre-debut in Japan in March 2020 and are just waiting for their full-scale debut in Japan. In addition, the 2nd single released in May 2021 recorded its highest sales.

Make sure to follow their official SNS accounts to be updated with them! 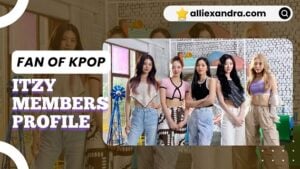 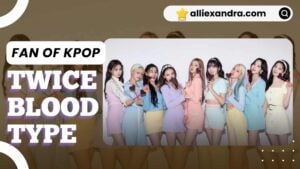 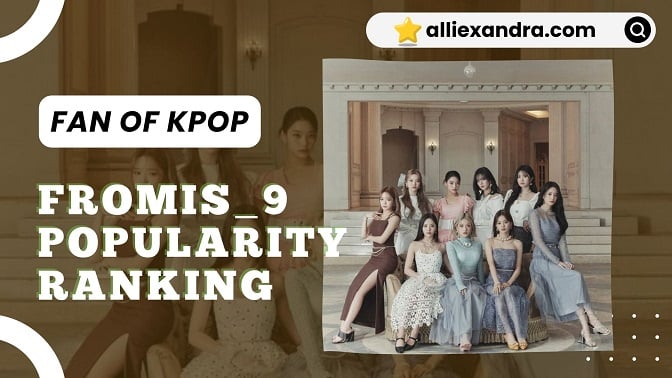 Fromis_9 is a group of nine Korean idols that were born from an audition program. Fromis_9 has been attracting attention even before its debut and has many Japanese fans.  If you’re interested to know who is the most popular Fromis_9 member? Scroll down to this post as we will introduce the ranking of the members….