Are you an ARMY who loves Jungkook that much? Well, this post is dedicated to you! We have collected BTS Jungkook Solo and ranked them accordingly! Scroll down to this page and let’s get to know more about Jubngkook’s solo songs!

BTS is well known for its members themselves, who write, compose, and produce mainly on rap lines.

Golden Maknae Jungkook, who has been active by looking at the back of his co-members and his friends, has continued to make a leap forward in the last few years by challenging himself to write and compose songs.

Jungkook is known to have a clear singing voice that naturally enters everyone’s ears. In this post, we will introduce the wonderful solo songs released so far in the recommended order!

The annual festival period “Festa” celebrates June 13th, the debut day of both BTS and ARMY.

During the week leading up to this debut date, various contents prepared by the members will be uploaded every day, but at Festa in 2020, Jungkook’s first self-written song “Still With You” was uploaded to Soundcloud.

“Still With You” is a solo song with a stylish melody that shines with Jungkook’s iconic sense and a moist and mature atmosphere that will make you feel nostalgic. Especially impressive is the sound of rain that comes in from the beginning of the song.

This rain sound, some sad lyrics, and Jungkook’s beautiful singing voice combine to make it a song where you can immerse yourself in various emotions.

Many scheduled events and concerts were canceled due to the influence of the Coronavirus, and it is said that the feelings that had accumulated while I could not meet ARMY and my feelings so far were all put into this song. I am too.

Even if you look at the lyrics, you can notice the feelings that Jungkook wants us to feel.

“We may not be in line, but I want to walk along this road with you. Still with you.”

“It’s raining even if I dance alone in my enchanted memory. When this fog clears, I’ll run with my wet feet, then hug me.”

Jungkook, who appeared as a guest on V LIVE, which was broadcasted by SUGA as a radio corner, talked about the production process of “Still with you”. SUGA’s words that he told Jungkook, who was not confident in writing the lyrics and asked for advice, “I’m so good at asking me” and “I don’t have more confidence” are impressive.

From the fact that such words come out from SUGA, who is always participating in BTS songwriting, I’m looking forward to Jungkook’s talent for songwriting in the future! Jungkook always conveys his straightforward and honest feelings to ARMY.

The lyrics, like a letter from him, may have been a song that has given vitality to ARMY all over the world who are worried about what will happen in the future.

“Laughing together, crying together, it seems that this simple feeling was everything to me. When will it be? If I can face you again, I’ll tell you with my eyes. I wanted to meet you.”

Jungkook’s solo song “My time” is included in the newly released BTS regular album “Map Of The Soul: 7”. This song records the feelings that Jungkook felt throughout his experience as a BTS member for about 7 years since he was a 15-year-old trainee.

“My time” is a song based on the hip-hop R & B genre, and it is the strongest song that you can fully enjoy the sophisticated melody and the vocal power of Jungkook. The song itself has a refreshing impression, so I think that the way you feel about this song will change considerably if you listen while looking at the Japanese translation lyrics and listening without being aware of the lyrics.

The song that starts with the lyrics “24 I feel like I’m growing up faster than anyone else, my life is always like a movie”

“The whole world was so big, the boy ran every day, grabbed the mic, my friend got on the subway, I locked on the previous world in airplane mode, but I made a hit myself, but I missed it. I don’t know what the traces should do. Am I right? Why am I in a different time? “

What everyone in the same generation has felt is honestly written about the anguish and conflict of Jungkook, who is walking in a world far away.

It’s a song that pierces my heart with a lonely self-questioning answer that only Jungkook, who knew so much at the age of 24, can understand. Also, pay attention to Jungkook’s beautiful English pronunciation!

The first solo song “Begin” was recorded in BTS’s 2nd studio album “WINGS”. If “My time” is a song that describes the feelings of Jungkook, who has spent about seven years since he was a 15-year-old trainee, “Begin” is about six people since Jungkook moved to Seoul at the age of 15.

It’s a song that expresses Jungkook’s feelings and affection for himself and his brothers, who have been walking toward their dreams together. Jungkook tried to write the lyrics because it was a song about himself, but it didn’t go as expected and he made it with the help of RM, who is in charge of the lyrics and composition.

It is a song that all members still cherish. RM reveals the secret story behind the production of “Begin” on V LIVE, which introduced the album. When RM asked for help from Jungkook, he seemed a little worried whether he could write a story that wasn’t his own, and he decided to write the lyrics of what Jungkook actually told him.

Jungkook, who was asked by the producer if there was any pain, started with the story that the members gathered together at the beginning of 2016, crying and comforting each other. “I don’t know everything else. It’s the hardest to see everyone trying hard. I hope everyone doesn’t have a hard time. ” He says he spoke crying.

RM, who said that he saw Jungkook for the first time, said, “At that time, everyone cried when I heard it. All of them cried. It’s too sad, isn’t it? I have never talked about that.” It’s okay to always mess around when asked if it’s painful because he said it’s not painful

Also, in another interview, all the members mentioned this day. SUGA says that every time he listens to “Begin”, he feels strange, and J-HOPE and V reveal that this song is full of Jungkook’s words that he told me at that time. Jimin says we can do our best thanks to Jungkook.

Jungkook’s solo song is so special to BTS that the members themselves say that every time they listen to the song “Begin”, it makes them feel pretty peculiar. “Begin” was created from the episode that all the other members wept together while Jungkook cried.

It started with the lyrics, “15 servants who had nothing, the world was too big and too small.”

Please listen to the first solo song that conveys Jungkook’s special feelings for his co-members and others that he was able to become himself because there were 6 people beside him.

The second solo song “Euphoria” was recorded in “LOVE YOURSELF Answer” released in August 2018. It is now the most beloved solo song by Jungkook among fans. “Euphoria” means happiness in Italian.

This song is impressive with a pure and refreshing bright melody that shines like you are in a bright flower field every time you listen to it. Jungkook himself reveals that it is a song that he sang strongly, sang gently, recorded various versions, and made many corrections.

RM, who was involved in music production, was talking about this in V LIVE. “In the old days, Jungkook was very good at singing, but he had a prejudice that his voice had no horns or lacked emotional parts, and he mixed Guku’s stable singing skills with Jimin’s voice horns. I once thought it would be just right. Now, needless to say, they have grown wonderfully.”

“At first, when I listened to Euphoria, I wanted to show the expressive power that shakes the listener’s ears because I feel that it is a little uninteresting even though I sing very well. I did. “

RM, who heard Jungkook’s sound source re-sung many times after that, said, “As a result, the final version is perfect. Needless to say, it’s a song that I’m fascinated by listening to. I think.”

I’ve put my heart into it, so don’t forget it, everyone. Jungkook said that it was Euphoria’s favorite lyrics. “Even if the sandy ground cracks, even if someone shakes this world, never let go of the connected hands. Please don’t wake up from your dreams.”

You can see that Jungkook really loved the song. Jungkook’s gaze is impressive as he sings these lyrics part with his thoughts toward ARMY live. “Euphoria” was re-recorded as a piano version at BTS FESTA in 2019 and uploaded with the video.

A short film made by collecting the images of cute Maknae Jungkook that the members have taken so far, and Jungkook’s singing voice that resonates more beautifully in the piano version make it a loving image that can not be seen without tears. Both versions are really recommended!

Please listen to it.

“Your eyes tell” recorded in BTS Japan’s 4th album “MAP OF THE SOUL: 7 ~ THE JOURNEY ~”. This is not a solo song, but it became a big topic when Jungkook wrote and composed the Japanese song for the first time.

It will be a specially written song that has been selected as the theme song for Japanese movies. The theme song for this movie, “Your Eyes Tell is Asking,” is a remake of the Korean movie “Always Only” released in 2011. It is a pure love story of a man who has lost his future.

It was also talked about that it was the work that Jimmin mentioned as the best movie of his life around 2014. In addition, this is the first time that a song written and composed by Jungkook has been released as an official BTS song.

I think there are many people who have a special feeling for ARMY in Japan that such an important thing was released as a Japanese original song. “Your eyes tell” is a song that I like.

Originally, it was a melody that was composed to be included in his mixtape, but Jungkook himself revealed that he wrote the lyrics while watching the movie image because it fits the theme song of this movie.

The gentle melody that moves your heart and the beauty of Japanese. This is the best song that you can enjoy the relaxed singing voice of the members. Here is the video of the first terrestrial performance!

I was amazed at the singing ability that I couldn’t think of as a live concert. So far, I have introduced Jungkook’s solo songs, but all of them are so recommended that they cannot be ranked! 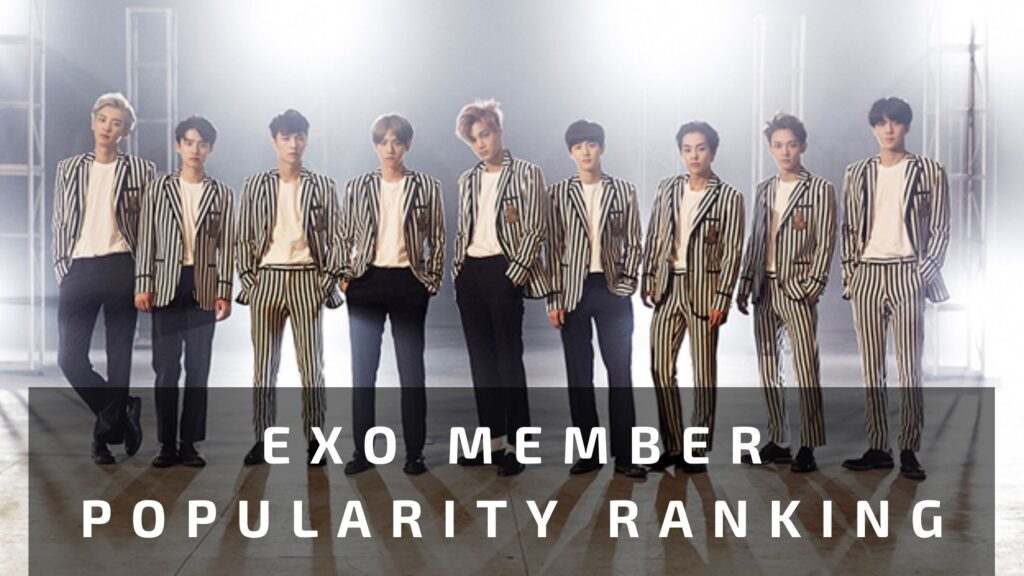